Join us at the Independent News Sustainability Summit for a celebration of the 2022 LION Local Journalism Awards winners and finalists, hosted by Outlier Media executive director Candice Fortman and LION Publishers director of teaching & learning Lisa Heyamoto and featuring a keynote by The 19th co-founders Amanda Zamora and Emily Ramshaw. 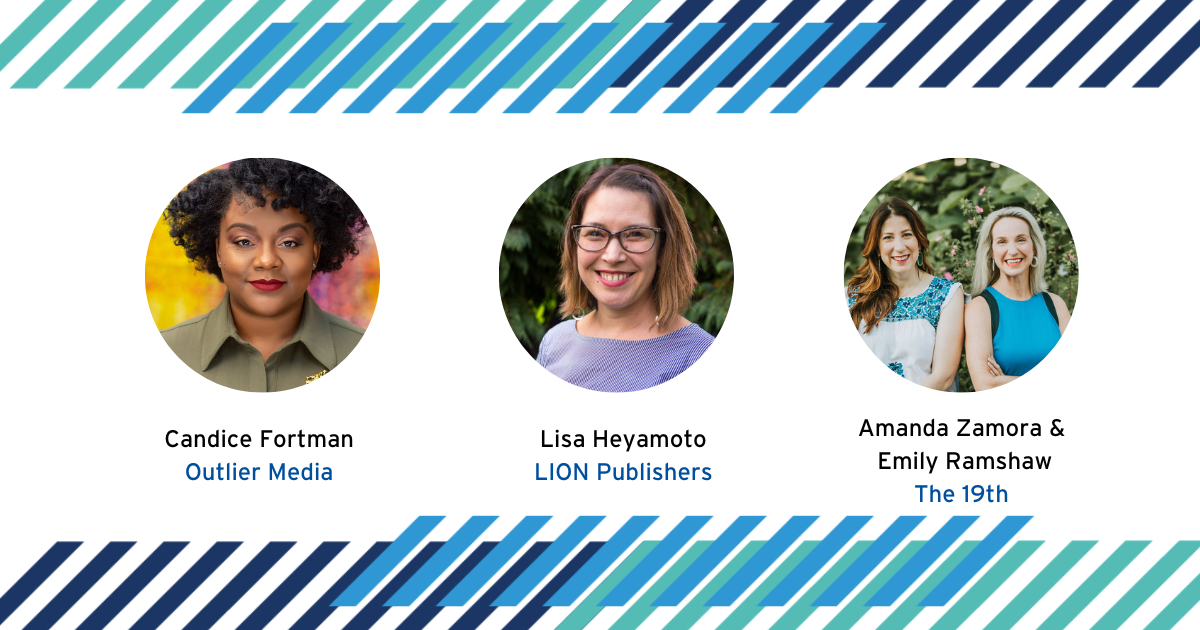 What: A plated dinner and awards ceremony celebrating the best editorial and business-side work by independent publishers in the U.S. and Canada.

Who: LION members and all Summit attendees, speakers, volunteers and special guests are invited and encouraged to attend.

Buy a dinner ticket by oct. 14

Amanda Zamora is co-founder and publisher of The 19th, an independent, nonprofit newsroom reporting at the intersection of gender, politics and policy. She has spent nearly two decades at the forefront of digital journalism, working as a reporter, digital producer and editor, product manager, audience strategist and fundraiser. As publisher of The 19th, Amanda leads editorial, product and business operations in pursuit of the nonprofit’s mission to empower women, people of color and the LGBTQ+ community with the information, resources and community they need to be equal participants in our democracy.

Emily Ramshaw is co-founder and CEO of The 19th and former editor-in-chief of The Texas Tribune. She is the youngest person ever to be named to the board of the Pulitzer Prize, where she is serving a nine-year term. In 2020, Ramshaw was named to Fortune’s “40 Under 40” list. Ramshaw started her career at The Dallas Morning News, where she broke national stories about sexual abuse inside Texas’ youth lock-ups, reported from inside a West Texas polygamist compound and uncovered “fight clubs” at state institutions for people with disabilities.

About the LION Local Journalism Awards

Only LION members are eligible to win awards, but anyone can attend the ceremony by purchasing a LION Awards "add-on" ticket while registering for the Summit.

Interested in sponsoring? Reach out to sponsorships@lionpublishers.com for more information about our sponsor packages and benefits.

Thank you to the sponsors of the 2022 LION Local Journalism Awards. Learn more about their work and how to get in touch.

The Independent News Sustainability Summit is hosted by LION Publishers, News Revenue Hub and RevLab at The Texas Tribune. Thank you to Knight Foundation for being our presenting sponsor, and to The Lenfest Institute and Google News Initiative for supporting this conference.